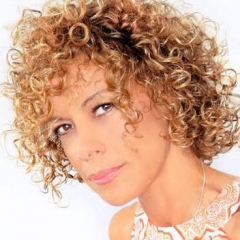 Billie Myers’ mother is English, and her father is Jamaican. British record companies had been hesitant to commit to her; Myers recollected one incident in which she was told that British record companies were apprehensive of signing female singer-songwriters. Before her recording debut, Myers was a nurse and insurance agent . Her career in music began after she was approached in a nightclub by record producer Peter Q. Harris, who asked if Myers could sing as well as she could dance. At first Myers believed Harris was joking, but she was quickly offered a recording contract with Universal Music. A short time later, Myers’ songs were playing on radio stations across the world. Myers would perform at Lilith Fair in the summer of 1998 and headline her own tour.